Pickled jalapeno peppers are spicy, zesty and  easy to make with only a few ingredients!
Jump to Recipe Print Recipe 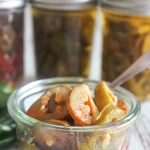 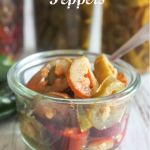 Homemade pickled jalapenos are spicy, tangy and easy to make.  They are a great way to preserve a little bit of summer.

If you think pickling is time-consuming, think again because these tangy and spicy pickled jalapeno peppers can be made in less than an hour! There are only a few simple ingredients need to make these pickled peppers: jalapeno peppers, apple cider vinegar, sea salt and water.

This post may contain affiliate links for more information, please see our Disclosure.

Unlike most pickling recipes that are for large batches, this recip makes three to four jars. You can double or triple the recipe by clicking on the scale button in the recipe card.

There are easy to make and with only four ingredients!

A small saucepan to heat the brine

Canning Jar Lifter (not mandatory, but makes it a lot easier!)

Please note that this a summary list of steps to give you an idea how to make this recipe. The full details are in the recipe card below.

There is always an open jar of homemade pickled jalapenos in our fridge. They taste great on pizza, chili, nachos,  and tacos.

For a milder jalapeno pepper, look for jalapenos with bright green skin without any blemishes or lines on them. Jalapeno peppers with lines in the skin and a darker color will be very hot. Once they turn red, they will be extremely hot!

Control the heat in teh peppers by cutting out the seeds and membranes when slicing with peppers. If you prefer hot, just slice them into rings.

Wear rubber gloves when handling jalapenos, capsaicin which produces heat in hot peppers can cause a burning sensation on your sking and it is difficult to wash off. If your hands feel like they are burning, rub them with fresh lemon juice.

When a lid doesn't make a pooping sound store the jar in the refrigerator and eat thos peppers first. They will last for up to a month.

Pickled jalapeno peppers can be stored in your pantry for up to six months. Once the jar has been opened, store it in the refrigerator for up to a month.

Add sliced chili or banana peppers to the jalapeno slices for a jar of mixed pickled peppers.

Add a clove of garlic to each jar for a garlickly flavor. 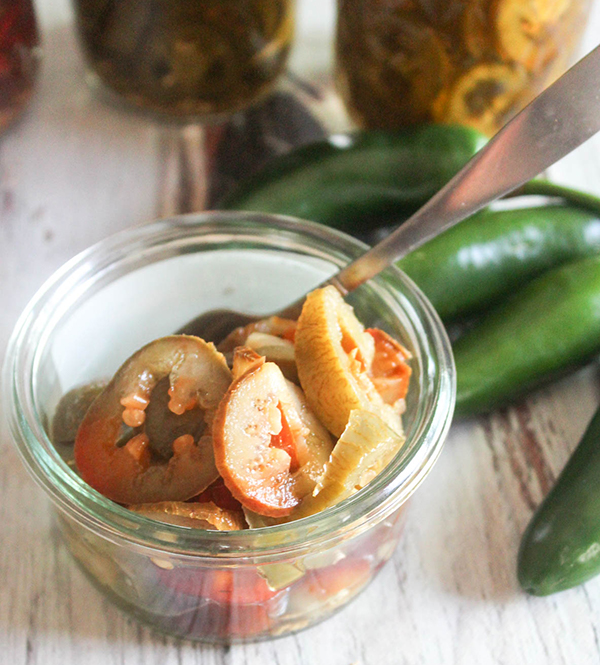